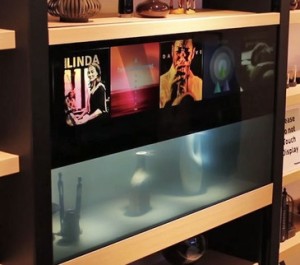 Panasonic has been showing off their latest addition to the smart home of the future by way of a transparent, gesture-powered TV.

The see-through screen allows this Panasonic LCD telly to seamlessly blended into the decor.

Being able to see right through this monitor is not its only selling point though. The Panasonic prototype shows different scenes according to the mood, as well as showing high-resolution videos whenever you want. The display functions as a windowpane when not displaying images, while it can also be adjusted for optimal height when used as a display.

The widescreen television is shown being housed in a bookcase which is an ideal situation as this makes it double up as a window or glass sliding door as it allows you to see the items (vinyl record covers, sculptures, vases, etc.) on the shelf behind it. 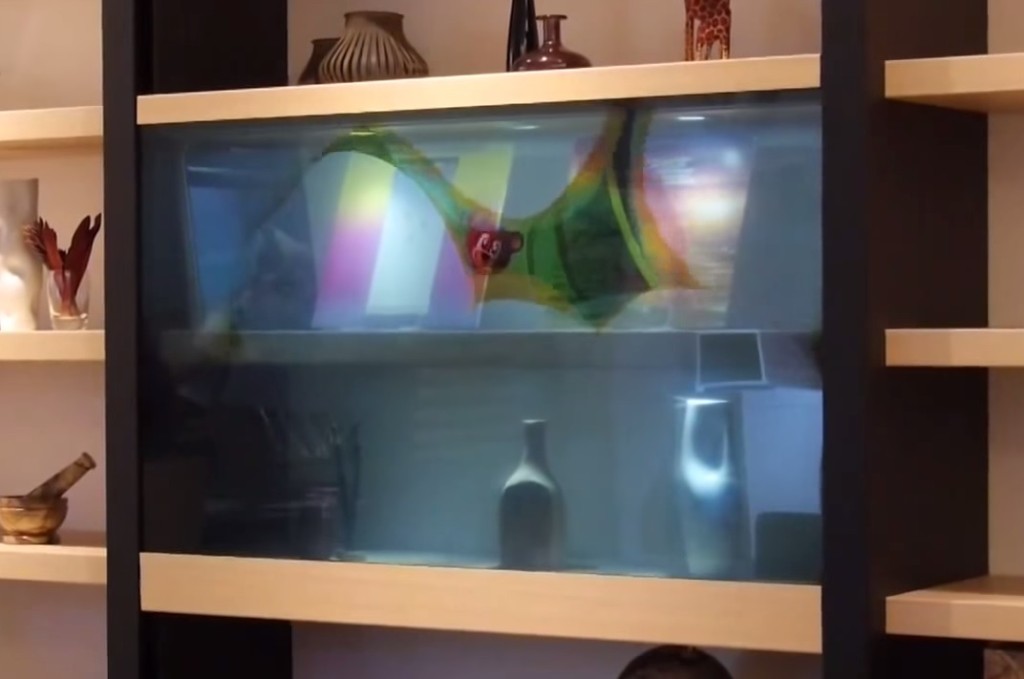 In addition to the almost translucent display, the television also features a gesture-controlled music app that lets you spin a carousel of your digital music over half of the display (top picture) while the other half continues to give you a see-through view or some groovy patterns to mesmerise you.

All this is made even cooler by the fact that this technology is real.

I don’t know when we’ll be seeing this on the market as the prototype shown was part of Panasonic’s smart home display at CES, but word is that it’s probably only a couple or so years away.