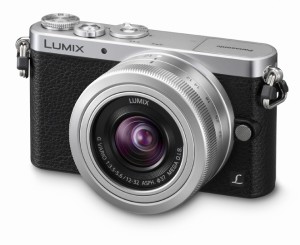 Tiny cameras usually have tiny sensors. A camera that fits comfortably in your pocket almost never has interchangeable lenses. The pint-sized Panasonic Lumix DMC-GM1 breaks both of those rules, packing the same 16-megapixel Micro Four-Thirds sensor and processing engine as the higher-end Lumix GX7 in a body that’s just 1.2-inches deep.

The Lumix GM1 is, in essence, a miniaturised Lumix GX7 without the built-in electronic viewfinder. It’s not really as straightforward as that though.

This pocket-sized snapper has been redesigned from the inside-out to incorportae the same 16-megapixel sensor and Venus engine as the GX7. Even though it’s a small as a compact, it is packing the interchangable lens smarts as a Micro Four Thirds camera and so is compatable with the same array of lenses as well as the new 12-32mm f/3.5-5.6 collapsable lens.

The GM1 weighs a little more than half a pound with its kit lens attached. This is not achieved by using cheap plastic but by utilising a magnesium-alloy frame that’s super light, but still very strong.

While the sensor and the processor are the same combination found in the GX7, the GM1 makes a few functionality trade-offs in order to cram as much as possible in to its tiny frame. 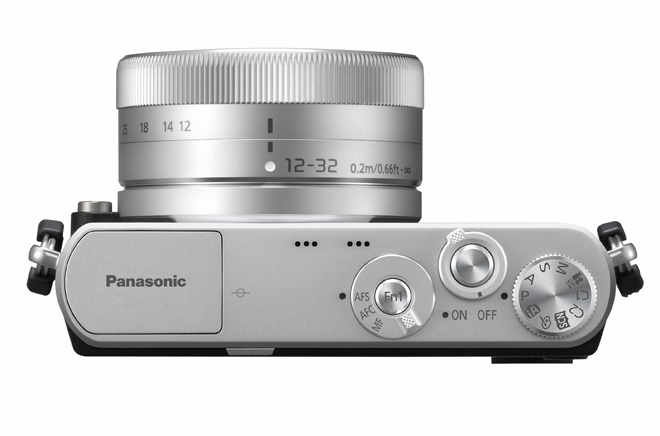 For a start, there’s not as many physical controls as you’ll find on bigger cameras. Saying that though, it does have full-manual, aperture-priority, and shutter-priority modes. Those are controlled by its back-mounted scroll wheel, and its manual-focus controls are adjusted using a touchscreen slider.

It does, however, have the same 3-inch, 1036k-dot LCD screen as the GX7, except the GM1’s display isn’t adjustable. It also doesn’t have an EVF or a hot shoe. What it does have instead is a pop-up flash that you can angle upward with your finger so you can use it as a makeshift bounce flash.

You can control this clever camera from a smartphone app too! The GM1 has built-in Wi-Fi and a companion app for iOS and Android that lets you use a phone as a remote control and a live-view screen.

The price point, unfortunately, doesn’t match its tiny stature. The Lumix GM1 will sport a list price of £629 including the 12-32mm kit lens – it could’ve been a lot worse, granted.