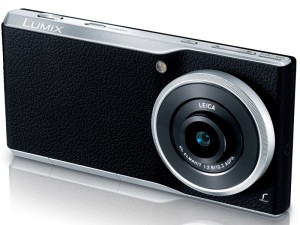 The Panasonic Lumix DMC-CM10 has been announced and will take over from where the previous Android-based digital phone camera, the Lumix CM1, left off.

If you recall, the Lumix CM1 was a phone shoved in to camera, rather than how most smartphones are made: a camera fitted to a phone.

The thing is that the Lumix DMC-CM10 actually ditches the telecommunications part which means we’re back to just having a nifty looking camera. Saying that though, you can still use it to ping of SMS texts, so not all is lost.

The new model runs on Android 5.0, has a 1-inch 20.1-megapixel sensor, and while it does sport LTE (4G) connectivity, this is purely for photo sharing and regular ol’ data transmission this time.

The camera is capable of recording video in 4K, albeit at just 15 frames per second. You do, however, get 30fps for every other resolution, from 1080p down.

You also get a stereo microphone and a 4.7-inch 6.22 million dot TFT touch panel screen around the back.

The Lumix DMC-CM10 is packing a 2.3GHz quad-core Qualcomm Snapdragon 801 and there is 2GB of RAM. Panasonic offers 16GB of on-board storage and the camera also accepts microSD cards.

Battery life is claimed to be up to 100 minutes for continuous 4K/15p recording.