Palm Pre Out in the UK By Christmas 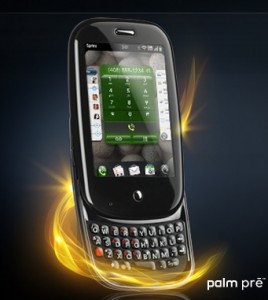 The Palm Pre is believed to have been nabbed by O2 as an exclusive when the smartphone arrives on these shores later this year.

Which clever caller you choose is up to you, some gorgeous person has already staked her claim, but it looks like the network is already settled.

The Palm Pre, will be making its debut appearance in the US early next month – if you’re thinking about being the first to own one in the UK donâ€™t even think about getting your import on: even an unlocked one wonâ€™t work on a UK network.

Youâ€™re gonna have to wait ’til later in the year, when O2 will be bringing a GSM flavoured Palm Pre to the table as an exclusive – just like they did with the iPhone all in time for the crimbo rush.

O2 has refused to confirm the reports – but if it has managed to bag the Pre as well as keeping the iPhone it should be a bumper year for O2 indeedy!

A very clever Palm and the 3rd Generation iPhone makes O2 look very good it should be well prepared to do battle with all the Android phones lining up for rivals.

I don’t think that the Palm Pre is going to exactly be the cheaper alternative to the iPhone.

More when I get it 🙂