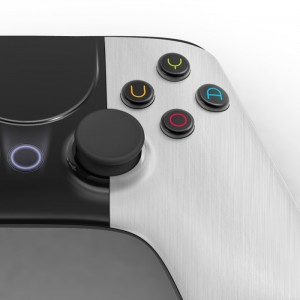 Ouya’s Kickstarter campaign ended a couple of hours ago, with the project raising $8,596,475 from 63,416 backers as I write this – totally smashing their target goal by 900%.

The Ouya Kickstarter campaign started on July 10 with an aim of securing $950,000 of funding.

The promise of an elegant, affordable console which would run on the Android operating system seemed to be just what people wanted as the Ouya campaign broke funding records by reaching its goal in only eight hours!

The $99 open source and hackable console, designed by Yves Behar, has attracted some big hitters to come onboard since its original goals were met with some doubt.

Muffi Ghadiali, who worked on the Kindle line of Amazon products is part of the Ouya team and games developers such as Square Enix and Namco Bandai signed up to release games for the console’s launch.

Content from Vevo and the Onlive streaming games maestro have been promised.

The Ouya will be powered by a Tegra 3 quad-core processor with 1GB RAM, 8GB of internal flash storage. It will also feature HDMI connection as it can be plugged direct in to your TV and will have support for up to 1080p, Wi-Fi 802.11 b/g/n, Bluetooth 4.0 Low Energy, USB 2.0, a wireless controller, Android 4.0, and Ethernet.

Will you be buying an Ouya?