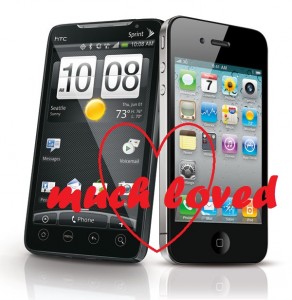 Great news for the upcoming release of the iPhone 5 as research by UBS shows that 89% of current iPhone owners would do it again.

The Swiss investment bank, UBS (yes the one in the news thanks to a rogue trader losing them 1.5billion), has publicised the returns from a survey about which mobile ecosystems users would stick with when the time comes for a new phone.

The results shows that 89% of current iPhone owners surveyed plan to stay with Apple and would buy another iPhone when their current model was due for a change – you don’t have to wait long either if you’re ready for a new iPhone as the iPhone 5 is very much on the horizon. We’ve already seen what it looks like inside and out – October 7th might be a good time to go shopping 😉

Next up in the retention rate charts is HTC which I am not overly surprised about as every HTC phone I’ve tested has been bolted together well and their Sense UI is lovely to use. What I am surprised at is that 2nd place goes to a retention rate of just 39%. That’s pretty much saying that more than half of current HTC owners would consider another brand when that contract comes up. Ouch. Hope Dr Dre can help!

As far as operating systems of choice go Android seems to keep friends for longer with 60% of those surveyed looking to another Android phone when their current Google-driven blower needs a refresh. It’s only fair to point out that 30% of Android users are being tempted to take a bite of the forbidden fruit of Apple’s smartphone.

Sticking with the fruity theme it seems that only a third of BlackBerry owners will stick with their BlackBerry which can’t be good news for those over at Research in Motion.

The Global Telecom Equipment Analyser survey highlights trends in mobile use. In one section, the researchers asked 515 smart phone-owning executives at 30 European and American mobile networks about their habits. Granted, this is a tiny drop in the mobile phone user ocean and as these ‘executives’ probably have very different needs to some of us gathered here it might not exactly reflect your thinking.

Saying that though – it’s hard to argue that the phone with the first application store that’s constantly growing would keep it’s customer-base, to a certain degree, because of the investment they have already made buying and using their favourite apps.

What do you think about these results?