Our interview with Metanet Software re: N++ coming to PS4

The PS Vita has had incredible success from indie developers who have brought so many diverse, unique games to the handheld. Now, it looks like the PS4 is set to follow suit with a whole host of great indies. One such indie coming to the Ps4 in 2014 is N++, a fast-paced, physics-based platformer starring a ninja.

You may well have played N+ on XBLA, the DS or the PSP. Mare and Raigan from Metanet Software tell us more about the journey they have had over the years and what it means to be bringing their love of gaming to the mighty PS4…

Where did the original idea come from for N++?

Metanet: N++ is the third and final game in the N series. You can look at it in one of two ways:

We made the original game, N, in 2004. It’s an action-puzzle platformer in which you play as an acrobatic, pacifistic ninja with a thirst for gold. Back when we were in university, we spent a lot of time playing a lot of games, thinking about what we liked and didn’t like about them. N was inspired by our experiments in code, and by some freeware games we were playing in the early 2000s — specifically:

We took the elements we liked and combined them with some of our own ideas (eg. the graphics, the sounds, the level design, etc) into our own take on the platforming
genre. Add in lots and lots of levels, a neutral colour scheme, and a letter of the alphabet and voila! You’ve got N

One of the people who liked N happened to work at Microsoft (thanks Ross Erickson!), and managed to convince other people there that it would be a good fit for XBLA, which was new at the time. So, with a lot of help from Slick Entertainment, we made N+ in 2008.

N+ took the bare-bones core of N and made it next-gen. We added a ton of things for new and old players alike, and basically made it bigger and better than N. We improved the graphics, added new levels and enemies, and excitingly, multiplayer modes: Co-op in N+ is one of the best ways to play the game. It really works.

N++ is our attempt to close out the series with a bang. We’ve been working on various flavours of N for 10 years now, and have learned a lot about what works and what doesn’t.

N++ is all about honing and refining those things, and focusing on stuff which we didn’t to a great job of in previous versions (such as seamless integrated user-made level sharing).

What early games inspired you artistically and visually?

Metanet: The Super Mario Bros. series (SMB3 and SMW especially) is very inspirational; the feeling of movement in those games, and the design which supports it, is really great.
That series really shaped our understanding of video games.

Lode Runner and Dark Castle also both featured large screens with a tiny character, which creates a much different feel than Mario’s zoomed-in camera. Both had so much tension and gave such a sense of satisfaction when you finished levels. We really wanted to capture that feeling in N.

Raigan played a lot of Commander Keen back in the day, which probably had an impact.

Tetris is still amazing in its elegant simplicity, and (Ms.) Pac-Man; both are still very engaging.

Visually, Kenta Cho’s Noiz2sa is one of the first games we saw which made us realize that there were vast areas of unexplored aesthetics for games.

The non-game stuff (intro, menus, UI) in Wipeout 3 really blew our minds: really beautiful minimal vector shapes. That was one of the first games that really got us excited about what games could do and be. 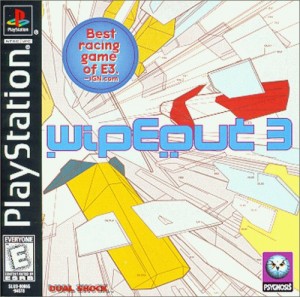 The gaming industry must have changed so much from when you first started making games 10 years ago. Now you’re bringing N++ to the PS4, what changes are we going to see visually?

Metanet: Visually, the main thing you will notice is colour — previous versions have been a bit subtle and reserved in terms of colour, but this time we started experimenting and making things a bit more dynamic and playful.

We wanted to maintain a simple purity to the graphics, so they’re quite minimal by design, and as a result we’ve been focusing on getting really high-quality anti-aliasing to make sure that the shapes look and move as smoothly and beautifully as possible. We’re making sure the animations and effects are super smooth as well, and add some stylish visual punch.

Can you tell us if N++ will use PS4 features such as the Touchpad and Remote Play?

Metanet: The Touchpad won’t be used in the “game” part, however we’re using it in the level editor.

N++ should work with Remote Play. 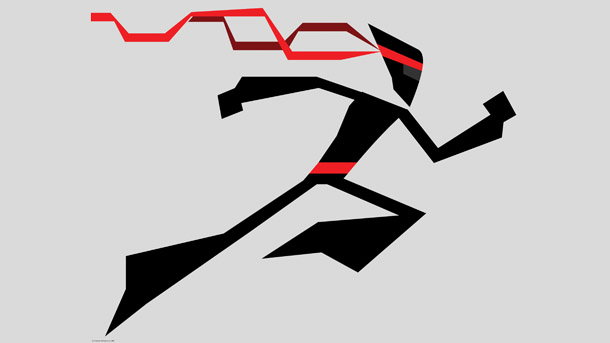 The indie PS Vita scene is very healthy, so it must be exciting knowing that the PS4 looks set to follow in the same vein.

Metanet: Yeah, it’s really exciting to see the huge number of indies coming to PS4. There are a ton of games we cannot wait to try! It’s actually pretty amazing when you think about it in terms of previous console generations — the shift back towards small quirky teams is really great to see.

There are so many thoughtful and unusual ideas coming from small quirky teams — it’s really refreshing to see the fabric of the game industry changing so much, and so fluidly.

Do you know a rough time scale of when we can expect to play N++ on PS4?

Metanet: 2014! We’ll keep you posted. In the meantime here is the teaser trailer for N++