Orange HD Voice is out – No More Fuzzy Calls or Just More Chat? 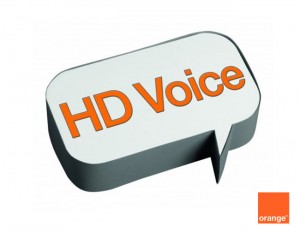 Cast your minds back to January when I reported that the end up of dodgy connections, dropped calls and inaudible voices muttering to you on the other side of the line were going to be a thing of the past – and then in June as Orange tested a new service.

This clever audio tech is supposed to improve the sound quality of traditional mobile calls by using the Wideband Adaptive Multi-Rate (WB-AMR) voice codec. Well, there you go.

Apparently this much-improved audio quality is due to its use of wider speech bandwidth of 50-7000Hz compared to the current narrowband speech codec of 300-3400Hz. AHhhhh………

The thing is that you’ll need the appropriate blower to make these HD calls.

At launch, Orange will sprinkle its fairy dust over the Nokia 5230, Nokia X6, Nokia E5 and Samsung Omnia Pro so that they all can use HD Voice as no extra cost. These will be branded with an Orange HD Voice logo so you know which ones will be able to use the service.

By all accounts this really works.

The Inquirer tested a call between two Nokia X6 devices, and found that the call quality was pretty much faultless and said that it was like speaking to somebody in the same room.

Be warned though early adopters – HD calling works on 3G technology so if the other person is on a 2G mobile it’s not going to happen – oh and it won’t work with other networks, even if they have their own HD Voice services. Hmmm…….

According to The Register the mobile networks aren’t that concerned by that saying, “Once the feature becomes standard in handsets then the user will just find that calls to those on the same network are better quality than calls that interconnect, perhaps prompting calls for friends and colleagues to switch networks.”

Check out Opera Singer Pamela Hay as she tests the clarity of the Orange HD Voice service â€“ Is hearing believing?