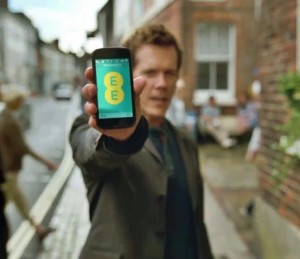 Everyone wants/needs quicker connectivity. Not according to EE’s first figures, these show that not that many Britons have actually jumped on the 4G groovy train.

UK service provider, EE, has just released their official subscriber figures. The document shows that around 318,000 people have jumped on EE’s high-priced 4G tariffs which doesn’t sound too bad.

The fact is that 318,000 is quite a small proportion of EE’s total subscriber base of 13.7 million and that their 4G service has been running for five months.

Needless to say that EE is pushing this as a great move from zero to 318,000 in five months but, as everyone I talk to about data speeds wants faster and more reliable connections, I assumed that most of EE’s subscribers would want to slide over to 4G – as long as their phone could use it.

I suppose there’s the rub. There’s the contract renewal cycles (mostly 24 months these days) that everyone’s locked into before upgrading to 4G, plus the premium price being demanded by EE.

On a personal note, the iPhone 5 didn’t blow me away as much as I wanted and so I’m chugging along on an iPhone 4. I do like the look of the HTC One and friends that own it are bordering evangelical about the new handset.

Price is probably an overriding factor in 4G take-up though. It does make me wonder what EE’s subscription numbers would have looked like if they followed the same route as Three and priced the 4G service the same as its current 3G network.

Fair play to EE for being the first LTE network in the UK and the speed of rolling it out. I am, however, looking forward to the other operators getting in on the 4G party and, hopefully, some keener pricing.