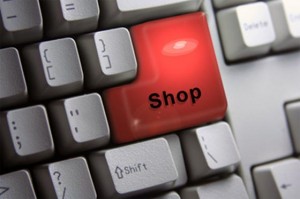 We are all familiar now with news that sales through UK high street stores are falling whereas online sales continue to grow year-on-year. The same is being seen in the Middle East too!

Online sales in the UK jumped 16% last month according to the latest IMRG Capgemini e-Retail Sales Index, with sales totalling £6 billion during the period which is the equivalent to £118 per person.

Although e-tail trading remains resilient, the dampened consumer environment was however reflected by steep declines in all product categories apart from travel when compared to December 2011. Sales of clothing, footwear and accessories were down by 38% and electricals falling 41%.

Chris Webster, Head of Retail Consulting and Technology at Capgemini stated that “The steady march of customers moving from the high street to online channels continues and if anything, accelerates as savvy shoppers look to make their wages stretch further.”

Figures produced by the British Retail Consortium earlier this month showed that the high street experienced its second worst January for sales since 1995, revealing the difficulties currently facing the industry. This could also be due to an increase in the range of items for sale online.

Now, the Middle East isn’t renowned for having many big names in the world of online retail but customers there spend around $1.1 billion through the internet and, by 2016, it is expected to double to $2.2 billion, according to research by Euromonitor.

That means it is growing at one of the fastest rates in the world.

“Online retailing is still very niche in the Middle East,” says Sana Toukan, research manager at Euromonitor International “However, it’s growing exponentially in places like the UAE and Saudi Arabia.”

In those countries locals are becoming more comfortable with using credit cards to pay for products over the internet and it’s not only the wealthy parts of the region that are seeing a rise in shopping through the web.

In the last two years, sales in Egypt have surged more than 150%. In Iran they’ve climbed more than 80%.

As impressive as those numbers are, they may even prove to be on the conservative side according to Sukar.com.

Sukar.com started in April 2010 and has rapidly grown across the Arabian Peninsula. It now serves nine countries and, according to Sukar’s Chief Executive, Muhammad Chbib, Sukar.com is growing between 25-30% per month!

“Half a year ago our rate of repeat buyers was around 45%,” Mr Chbib says. “These were our regulars, if you will. Now our rate is closer to 65%.”

Where there could be a discrepancy is that Euromonitor’s figures only include physical goods sold through the internet – items like books, DVDs and clothes. They do not include things like banking, booking holidays or the rapid growth of so-called ‘group buying’ websites.

It all means that expecting online retailing in the Middle East to merely double could be very short of the truth.