On Air, On Sale – Universal and Sony Shake-up The Singles Charts 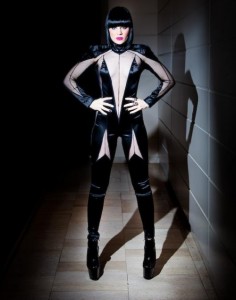 If you’re old enough to remember watching Top of the Pops with a cassette recorder cued up ready to tape the latest hits and new releases right off the telly; then you must also feel the frustration of not being able to buy a new release that you’ve just heard on the radio.

Generally the label hands the song to radio stations in order to get publicity and get people chatting about it and then, when the song hits shops, it would already have lots of attention. That attention hopefully hands the track strong sales and therefore a strong chart appearance in the first week. Â That then creates more hype which should loop the whole series of chat – sales – chart over and over again.

Well, that’s all looking to change as of February 1st when Sony and Universal introduce On Air, On Sale.

On Air, On Sale makes new songs available to buy as soon as they’re released to radio stations.

The tracks will even be released on streaming services such as Spotify so you can legally hear it when you want without laying out some cash.

“On Air, On Sale is good news for any music fan and exciting for our artists who can now go into the studio knowing they don’t have to wait weeks or sometimes months to see the music they have created go on sale.”

Up til now, if you wanted a track before official release you’d probably search out a dodgy copy on YouTube or even search the torrent sites if you’re naughty boys and girls 😉

Are the charts that relevant any more anyhow?

Universal Music has already led the way by releasing the debut single from Brits Critics’ Choice winner Jessie J (pictured) the same day it was serviced to radio. ‘Do It Like A Dude’ climbed to number two in the singles chart on Sunday.

It’s obviously nice to get a top 10 single out but when you can have a number one album by selling 44,000 is it really that much of an honour?

Digital music is so fragmented that most people don’t buy albums as a whole, and there’s little need for actual nominated singles as any song can sell well and get into the charts even if not officially released as a single.

I guess it’s nice seeing labels being a bit innovative and perhaps this will be a good thing.

“If they hear a song and can pay 79p to have it immediately then I think that will be a lot easier for many consumers than having to go onto an illegal downloading site. It’s about incentivising consumers rather than punishing them.”

I very much doubt that On Air, On Sale will put an end to piracy, but at least record labels are addressing some of the reasoning behind it.