OLEDs: TVs of the Future? 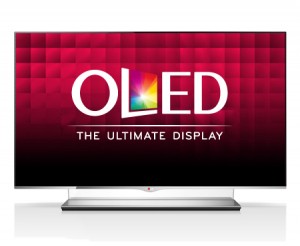 2012 seems to be the year of the OLED TV, particularly after LG and Samsung both showed off their OLED prototypes at the Consumer Electronics Show in January. So why wait to buy the OLED or Organic Light Emitting Diode?

Crucially, OLEDs require no extra light for brightness. The word “organic” refers to a film of carbon that sits between two conductors and emits its own light when an electric current is passed through. As a result, the OLED can be much thinner than LCD or LED displays, and it produces much deeper blacks and brighter whites.

The advantages don’t stop there. According to Pocket-lint, the contrast ratio is better, refresh rates are faster, there are wider angles of view, lower power consumption and brighter colours. While there has been a question of longevity, it seems R&D has worked it out, making these TVs some of the most sought-after high-end electronics on the market this year.

Jamie Carter from techradar writes, “As well as being completely devoid of blur, and so much more detailed, even during fast-moving video, light output is controlled in each pixel so very localised dimming is possible.”

These premium TVs are tipped to go on sale towards the end of 2012. Buyers who can afford their jaw-dropping price tags will likely have a choice of the 55-inch LG 55EM9600, which weighs just 10kgs and is 4mm in width. Samsung’s ES9500 or Super OLED joins the LG to become the first OLED-based televisions to enter mass production.

Rumoured to cost around £6400, the LG is not within everybody’s price range, and yet could this be the TV of the future? If you’re in the market for a new home TV but are not content to wait for the prices to drop, take a look at the home cinema systems from Tesco, which are slightly more affordable!