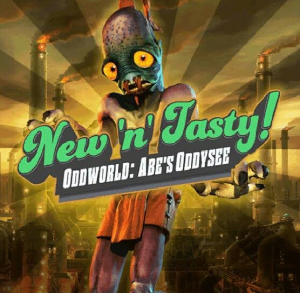 Our Oddworld farting friend Abe is back again and this time he’s blowing off all over the PS Vita.

Originally appearing on the PS4 and then the PS3, Abe’s latest adventure Oddworld: New ‘n’ Tasty has arrived on our beloved handheld. This beautiful looking game performs like a dream on PS4, but how does it fare with the constraints of a much smaller console? This is a lush, highly detailed game. Surely something has to give for it to run adequately on the Vita? Perhaps not. It takes seconds to realise the Vita has gained something really special. Turns out, Abe feels very much at home. 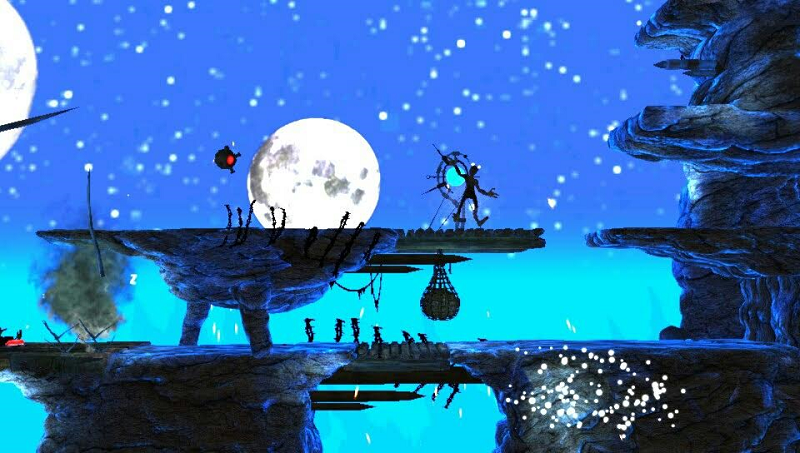 New ‘n’ Tasty is a puzzle platformer that oozes charm, dribbles comedy and is a little bit disgusting. There’s nothing quite like an Oddworld game in that respect. Abe is a Mudokon working at RuptureFarms, a meatpacking enterprise that turns entire species into Spam. While Abe is waxing floors one dark evening, he overhears his boss planning to Spaminate all Mudokons in an effort to turn profit and save RuptureFarms from certain liquidation. Abe must escape and save his fellow Mudokons from being popped into the meat grinder. Yuck. Clearly it’s a somewhat icky plot and the characters are all equally blugghhh. Even Abe himself with his skin-and-bones physique, nasally voice and guffy bottom is slightly vomit-inducing. Oddworld, in places, is the video game equivalent to Ren and Stimpy, and yet Abe is such a likeable character. Even the enemies have a weird charm. Some of the most entertaining pieces of dialogue are the background utterances of sligs. 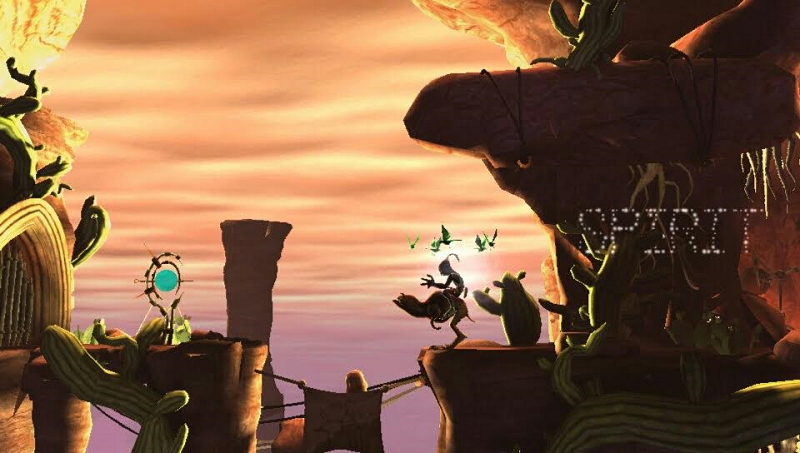 The weirdly grotesque allure of Abe and his Oddysee is really just the cherry on top of an already very tasty cake. Gameplay is, after all, king. Although Abe can get about okay he’s not Usain Bolt. This isn’t an action platformer. Rather, the fun and frolics lies in the puzzling aspect. Abe can run and jump just fine but he’s faster and can jump farther on an Elum. He can also crouch, roll and, my personal favourite, sneak in spectacular and melodramatic fashion. Figuring out how to get past sligs, mines and other pests is the main focus of this game. There are portals that will allow fellow Mudokons to escape and so Abe needs to find his people, lead them to the dormant portals and chant to open them up. Chanting can also allow him to possess unlucky sligs. Don’t chant in the wrong place though, or Abe will get rather a nasty shock.

There are the usual difficulty modes and with checkpoints aplenty there’s not much danger of frustration. There’s enough of a challenge here to keep most people happy throughout a decently sized game. For an extra challenge there are thirty seven trophies including, with a good bit of elbow grease, a gleaming Platinum. 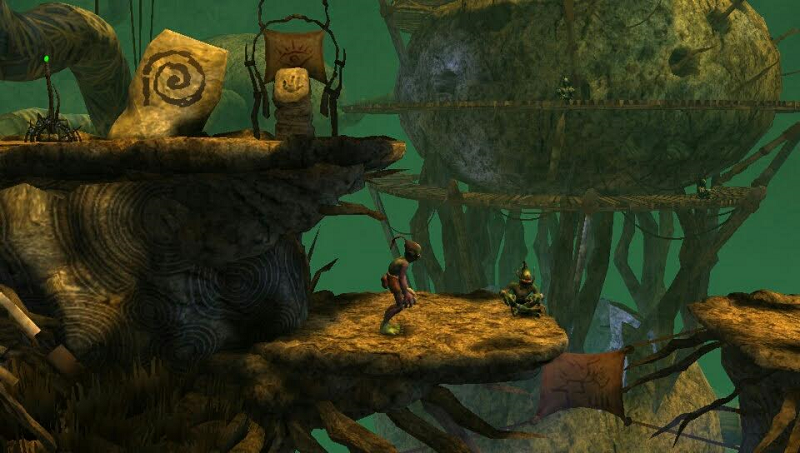 Graphically, New ‘n’ Tasty nails it, hits the jackpot and pokes the donkey right in the eye. The environments are richly detailed, not a square pixel in sight, and absolute proof that the Vita is capable of truly great things. Of course there is less detail than the PS4 version, but the look of the game does not suffer because of it. It’s a small screen but it never feels either overcrowded with too much detail or bereft of it. To top things off, cut scenes are gorgeous, a pleasure to watch and never feel intrusive.

So how does the Vita handle all this? I experienced no framerate drops, bugs or crashes. It’s clear that time has been taken to ensure the game runs smoothly. I know zip about programming, but it looks to me like everything in this game has been put there after careful planning, consideration and scrutiny. There’s an excellent balance going on that means the Vita version feels like a top game in its own right and not a clumsy port that’s been rushed through as a cross buy afterthought. It feels as though as much love went into making this for the Vita as it did the PS4 and PS3 versions.

Oddworld: New ‘n’ Tasty has finally arrived and it’s everything we hoped for. It’s clear that the developer has taken time to give Vita fans the game they want and deserve. Lovely graphics, smooth gameplay, interesting and tricky puzzles, the PS Vita has a brand new farting saviour and we love him.