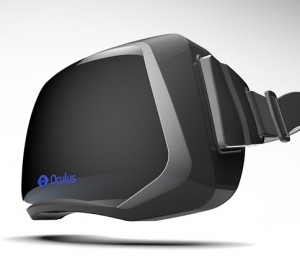 Oculus Rift, the clever virtual reality goggles that seemed to be the jaw-dropping future for computer gamers seems to have taken an unexpected turn today at GamesBeat 2013.

The goal is to have the mobile version launch simultaneously — or as close as possible to — when the PC headset launches.

The mobile Rift headset is for Android devices as developing for iOS is “problematic”.

Yup, Oculus Rift has just revealed plans to make mobile VR goggles that work with Android phones. Soon, you’ll be able to experience virtual reality and the thrills of the Death Star trench run anywhere you go – unless you have an iPhone 😉