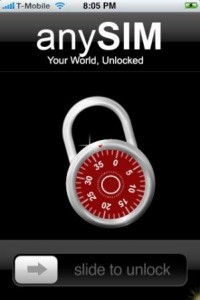 Yup – if you’re coming to the end of your contract, such as I, then the world could be your lobster!

O2 has confirmed that iPhone users are “entirely free” to move to another network after their contract is up for Â£14.97 – thus allowing customers to unlock their iPhones to work on different networks.

On the 2-year anniversary of the iPhone going on sale in the UK, O2 has confirmed when chatting with Pocket-lint that all you have to do is call customer services and ask them to unlock their iPhone.

Obviously pay monthly customers who are not at the end of their contract will be required to honour it or pay up until its end.

iPhone Pay & Go customers who have had their iPhone for more than 12 months are entitled to unlock their devices as well.

This might be a bonus as there seems to be whiff of iPhone 4G roaming around and if Orange, O2 and Vodafone all get it……. FIGHT!!