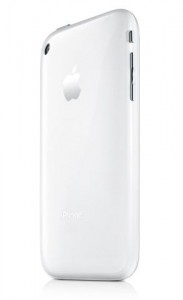 There is venom on the interwebs.

Mainly down to the bubble-bursting O2.

I was so excited last night – keeping up-to-date with all that was being said at the WWDC.

Then it happened – the iPhone 3GS was annouced!! Brilliant!!

If, like me, you rushed out and bought an iPhone 3G when they came out in the UK in 2008, and now want to purchase the new iPhone 3GS – my advice is to hold on a while.

Existing iPhone 3G owners who want to upgrade to the iPhone 3GS will have to buy themselves out of their existing O2 contract, assuming you dutifully queued up like me and purchased your iPhone 3G on the 11th of July 2008 (launch day), you will have to pay a minimum of Â£245 ($395).

Please note the above figures are based on users who purchased the iPhone 3G on launch day in the UK and are on the cheapest iPhone contract – I went for the next to top tarrif.

This is where it really bites!

When the 3G iPhone came out, users were allowed to upgrade from the 2G iPhone without any additional cost, all they had to do was sign a new 18 month contract.

On questioning; O2 said the reason for not having the same offer was that the iPhone 3G and iPhone 3GS are heavily subsidised by O2 where as the 2G iPhone wasnâ€™t.

I may have been slightly more tempted if the hardware had changed – but nope. I’ll be satisfied with all the goodies that iPhone 3.0 will bring and wait to see what happens.

I can’t see the huge stampede of last year happening for the 3GS but there is another way.

Those clever number-crunchers over at Crave have worked out how you can get more minutes and texts, not have to sign to a long contract  (how does 1 month sound) AND not spend much extra for all of that:

If you can afford to stump up for the Â£440 pay and go iPhone, you can sign up for O2’s Simplicity contract. This is a SIM-only plan, with just a one-month or 12-month contract period, and we can confirm this can be put in your pay and go iPhone. Plus, you could get hundreds and hundreds of extra texts and minutes. Here’s how it breaks down:

Over 24 months, this will cost you just 97 pence more than getting the iPhone 3G S on a 24-month contract. You get significantly more minutes and texts, as you can see, and just a 12-month or one-month contract. You could even sell the phone should a better model come out in 12 months’ time.

To get specific, the 16GB pay and go iPhone 3G S will cost you Â£440.40 up front. Then, sign up for the Â£19.58 per month Simplicity plan (one-month and 12-month contracts cost the same, though the former gets you fewer texts and minutes), which will cost you Â£469.92 over 24 months (should you use it for that long). In total, this will cost you Â£910.32 over two years, and you could sell the phone 12 months down the line and get some of this money back.

For more info go to Crave and read on 🙂