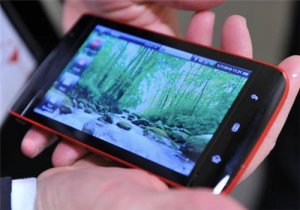 I reckon Mr Dell let a little more out than he was expecting about the Dell Streak 5in Internet tablet/smartphone.

Michael Dell and Co have been doing quite a good job keeping details of the previously named Mini 5 on the downlow.

That is until Mick was chatting at the Citrix Synergy conference in San Francisco where he blurted out that, “this will be available starting next month, first with our partner O2 Telefonica in Europe, then later this summer with our pretty good partner here in the United States, AT&T.”

There’s been no confirmation from O2, or Dell for that matter, but expect more details soon. Especially if Mr Dell has anything to do with it 😉