O2 customers to get free Wi-Fi on the London Underground 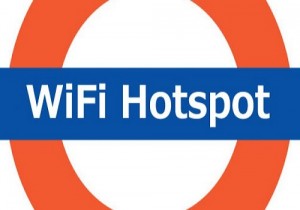 As an O2 customer this news pleases me as I, and others of my O2 brethren, will soon be able to enjoy free Wi-Fi on the London Underground once more.

Between the start of the London 2012 Olympics and the end of January, anyone with a Wi-Fi-enabled device could freely connect to the network, which is currently offered in over 100 stations across the Tube.

After that period, Virgin Media switched it off to those who were on other networks who would have to then pay for the privilege.

Now O2 has joined the party and struck a similar deal to EE and Vodafone, opening up the service for free to all its customers.

This service will be available from the beginning of June and all O2 customers will be able to get on the interwebs while they’re waiting for the Tube.

Customers of Three will be left disappointed as, currently, it’s the only mobile operator to not offer its customers free Wi-Fi on London’s subterranean train network.

“Wi-Fi on London Underground has gone from strength to strength and we’re delighted the majority of Londoners are staying connected for no extra cost,” said Mark Williamson, head of Virgin Media’s London Wi-Fi division.

Are you with Three? How does it feel not to be invited to the party? If you’ve tried out the Tube Wi-Fi did you find it fast or slow? Did it actually work?

Let me know below or on the GN Facebook page 🙂