NVIDIA says that Android is the future of gaming 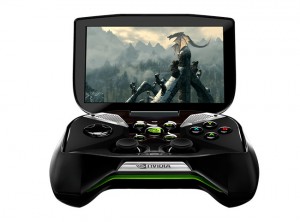 Nvidia has stated that Android is the really exciting OS of the future, according to CEO and co-founder Jen-Hsun Huang.

Huang pointed to the company’s Shield portable gamer as its means of furthering the growing Android gaming ecosystem, but games are truly only one part of the picture for Android’s bright future, he believes.

“Shield is our initiative to cultivate the gaming marketplace for Android,” Huang said, as quoted by ZDNet. “We believe that Android is going to be a very important platform for gaming in the future, and to do so we have to create devices that enable great gaming to happen on Android.”

The Nvidia Shield, released earlier this year, is pretty much a gamepad stuck to a small Android tablet (that’s a very basic summation). This not only makes the Shield a very effective portable Android-powered gaming console that can go toe-to-toe with the likes of Nintendo and Sony’s PS Vita but, thanks to a recent software update, it can also output games content to big screens, including TVs, making it also a suitable microconsole for living room systems.

Adding to all of that, with schemes such as Valve’s In-Home Streaming of its Steam portal hitting public testing, it may also get some extra potent PC gaming skills.

This is probably the clearest statement of intent of Shield’s purpose – that of giving a focal point for Android game developers.

This helps the overall gaming ecosystem, but also helps Nvidia, by prompting more developers to build experiences tailored for Tegra, its mobile system-on-a-chip, thus encouraging more Android device OEMs to look its way when building out specifications for their latest hardware.

Huang went on to call Google’s mobile OS “the most disruptive operating system that we’ve seen in a few decades.”

With initiatives like the Shield and the Tegra Note reference tablet (which is now being sold by British retailer Advent as the Advent Vega), Nvidia is engaging the market even further by placing seeds that it believes will slowly grow to become congregation points around which the rest of the Android ecosystem centers their own efforts, developers and device makers alike.

Nvidia aren’t in for an easy win, however, as there’s a lot of competition. Qualcomm for one is running away with the market, so the question remains whether or not Nvidia has the legs for this race.