NVIDIA Ion Being Released Between Now and June 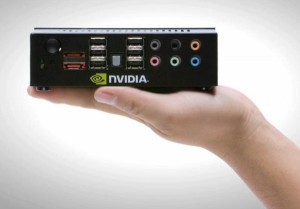 NVIDIA’s IONÂ has just been the center of anÂ official press release which says that the first batch of “incredibly small and affordable PCs” (like the Acer Hornet rumored for an April 8th launch) are due in Q2.

Yup, that means somewhere between right nowÂ andÂ the end of June!

NVIDIAÂ  promise optimised software support fromÂ big boy developers such as Adobe, Google, Microsoft, and Electronic Arts in an effort to highlight the platform’s suitability for dishing out 1080p video over HDMI.

So, we can all look forward to home theater, gaming, photo editing, and general everyday computing all on tinyÂ nettop and netbook sized devices.

Check out the video press release: