Not even Sony’s boss has seen the PlayStation 4 yet 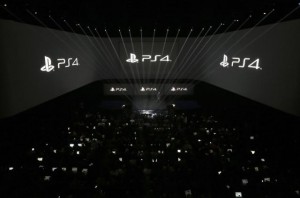 Adding to the current discussion about the PS4 preorders it appears that not even Sony’s big cheese has seen the latest gaming console.

There are many people that feels cheated that the Sony Future of PlayStation event went by without even a single hint of what the PS4 itself will look like.

I’m not sure if this is meant to be comforting or not but, it appears that not even the president of Sony Computer Entertainment Japan has seen the final design of the PlayStation 4 console yet.

Speaking to Japanese gaming site 4Gamer, Hiroshi Kawano even hinted that the final look of the PS4 may not be finalised yet. “If I’m being honest,” he said. “I also haven’t seen its final design. Even the controller we showed today, I saw the final design around yesterday or so.”

He also revealed that the DualShock 4 controller was codenamed “Jedi” internally. Which is pretty cool, I reckon.

Hands up all those that thinks that the PlayStation 4 doesn’t actually exist as a working model yet.

Chances are that the demo games during the press event were in fact being played on the Orbis development kits, hence the lack of an equipment unveiling.

Hopefully Sony will have the PlayStation 4 ready for E3.