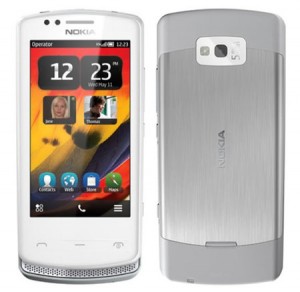 Everyone knows that Nokia will soon be turning its back on their old best friend, Symbian, but it seems that they’re preparing for a final fling before they unveil their Windows-powered phones in October.

The proof of this comes by way of some leaked shots of what appears to be Nokia’s upcoming Nokia 700 or Zeta smartphone.

The Nokia 700 would be powered by the new Symbian Belle OS and is expected to be loaded with a 5-megapixel camera, 3.2-inch AMOLED screen, NFC and 1GHz processor.

Pricing and release dates are all hush-hush at the moment.