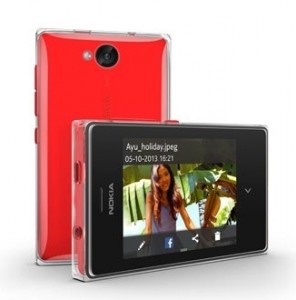 According to reports, Nokia is still working on an Android budget smartphone – codename Normandy.

It might seem more than a little unusual for the Microsoft-owned phone cobblers to be looking to continue building Android handsets but, that’s what is apparently happening.

According to AllThingsD, the Normandy project has survived despite internal pressures and Microsoft’s purchase of its Windows Phone and low-end mobile phone division.

Sources have said that the general feeling in Nokia is that while Microsoft hasn’t greenlighted the project, it is willing to see where it goes. So, not really getting the full backing of its new owner then?

The version of Android which Nokia is developing sounds to be heavily tweaked, much in the same way that the open source operating system got overhauled before landing on Amazon’s Kindle tablets.

Nokia’s Android derivative, according to the report, bears more than a little bit of Windows Phone 8 DNA in how it looks and feels. It is said to use a tile-based interface, rather than the ‘squircle’ or button-based approaches of Asha and pure Android respectively.

It would also serve as a platform for Microsoft to push its own services, such as Bing and Skype.

This way it not only utilises the Google OS but keeps Microsoft happier as it would not be seen as a gateway to Google’s own services.

The first models of the phone are said to currently be in testing. This all comes weeks after @evleaks posted images of what they claimed to be Nokia’s Normandy phone.