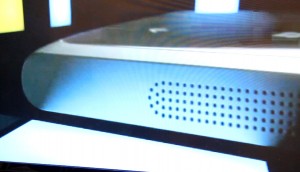 Not long now ’til Nokia spills the beans about their first Windows Phones. Nokia’s London event is only a couple of days away but the question remains: will they be a match for the iPhone 4S or new Android smarties such as the Samsung Galaxy Nexus and Motorola Razr?

If, instead of enjoying the freakishly good weather over the weekend, you found yourself chilling in front of the telly you may have spotted teasing glimpses of the much lauded Nokia 800.

Nokia will be hoping for a great reaction on Wednesday when they perform their official reveal but things seem to be going their way recently.

Nokia seems to have turned things around with an upsurge in business after a rocky start at the beginning of the year.

I do hope that their partnership with Microsoft continues the up trend as I still have a soft spot for the Finnish phones since owning my first N Series Nok.

Nokia is expected to announce the Sea Ray, Sabre and perhaps the Sun – obviously these will all get renamed to the regular Nok naming system.

Check out the video of all those cheeky glimpses of the Nokia 800 a.k.a. Sea Ray busting its moves on a disco floor: