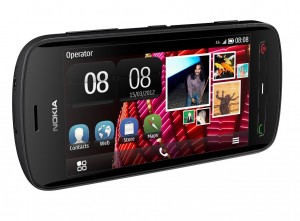 Still on the search for a compact digital camera that can also make phone calls? Well, the 41-megapixel snapping Nokia PureView is appearing now on Amazon.co.uk.

The Nokia 808 PureView has just gone up for SIM-free pre-order on Amazon UK.

The PureView made quite a scene on its release thanks to its monstrous 41MP image sensor. Not only does it outperform any available cameraphone it will no doubt embarrass most compact point and shoots too!

As you’d expect, having a potent camera glued to an unlocked smartphone, the PureView isn’t cheap.

What will most likely be Nokia’s final Symbian blower now enters the £500 arena with Samsung’s Galaxy S III (which may or may not explode in your car) and Apple’s iPhone 4S – If you are looking for an unlocked bargain then I’d be looking at the HTC One X which is a darned fine phone as well as giving you £60 and change from that five-hundred quid.

Order your Nokia 808 PureView from Amazon

and they promise to release it on June 30th which is a week before our stateside cousins. The US gets the monster snapper on July 8th.