Yesterday saw a sneaky snap of the Nokia Normandy break but it was disguised by a protective case. Now it has been revealed. Naked.

There’s been another pic of the Nokia Normandy leaked via Weibo, the Chinese Twitter alternative.

The leaked image shows the handset without its protective covering, as well as a glimpse of the UI of the software running on top of it.

As you can tell from the snap, it is not running a stock version of Android but it does show to support dual-SIMs.

The device does still look similar to the press render above, as well as all the leaked images that have appear so far. 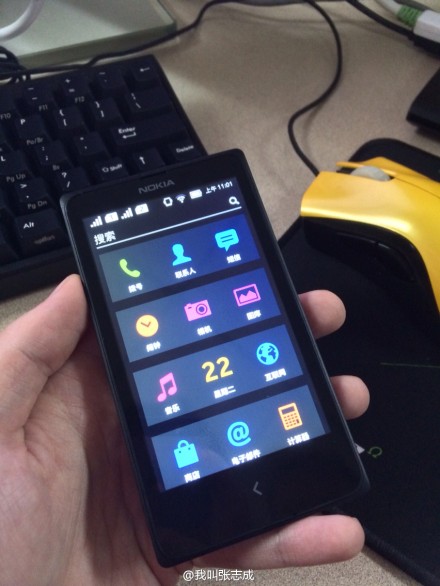 So far it appears to be an entry-level handset, targeted towards emerging markets where dual-SIM support is a norm.

Well, before we start making assumptions about its targeted market, there’s one big factor in whether or not this handset will get beyond leaked snaps – namely Microsoft.

The Redmond giant is expected to takeover the devices and services division of the company, and if Nokia Normandy is real, will Microsoft support it, even if its a low-end handset?