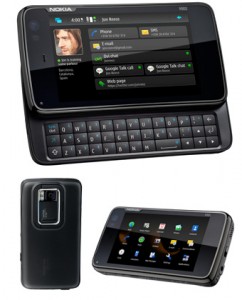 Have you been patiently awaiting the arrival of your Nokia N900 after loyally preordering it earlier this month?

It appears that the new Nokia has been hit by its own success and now you’ll have to add another week to your wait.

If you don’t quite remember what makes this handset so enticing the N900 runs on the new Maemo 5 operating system – which makes it one of the best browsing devices out there apparently.

It sports a 3.5 inch QVGA touchscreen and you get 32GB of internal storage as well as a 5 megapixel snapper.

NokNok has reported that so many pre-orders were taken on Nokia’s online store and at their flagship high street stores in London, Manchester and Terminal 5, that the release has had to be pushed back to the 5th of December.