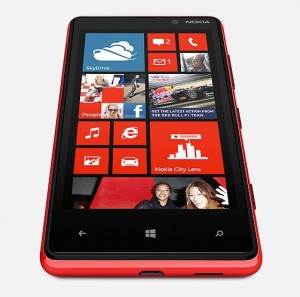 I’ve been spending quite a bit of time with Nokia’s ‘second best’ Windows Phone 8 device, the Nokia Lumia 820. That might be belittling the 820 a bit. Ok, so the Lumia 920 gets a better camera and larger screen but the Lumia 820 has two key advantages over its bigger sibling – a removable battery and a MicroSD card slot. So, how does the Nokia Lumia 820 rate as its own smartphone and not the ‘cheaper alternative’?

I realise that the Nokia Lumia 820 is pitched against the iPhone 4S and, I guess, the Samsung Galaxy S III Mini but the 820 packs latest Windows operating system and Nokia’s legendary build quality. Could this be an option for those looking to change from their iPhone 4 or 4S? 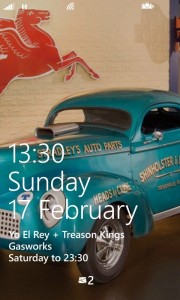 Nokia offers some of the most colourful phones out there, and the Nokia Lumia 820 is no different. Unlike the top-end Nokia Lumia 920 you might suprised to discover that this is not a true unibody phone. The rear cover curves around smoothly to the screen surround, eliminating any seams that might otherwise rest under your fingers, but the rear plate is removable.

Nokia has done its best to make the Nokia Lumia 820 feel as much like a unibody phone as possible, though. The battery cover is almost flex-free when in position and is very tricky to remove as I discovered when slipping in the Vodafone SIM. Fortunately Nokia has actually made a video explaining how to do it.

The main benefit of a removable battery cover is that it lets Nokia incorporate a memory card slot without ruining the phone’s curves. This is an important feature in the Nokia Lumia 820, as it only has 8GB of internal memory. You’ll find both the microSD memory card slot and the microSIM slot underneath the battery which you can easily swap out for a spare if you fancy.

Windows Phone 8 phones all have hardware camera buttons, and the Nokia Lumia 820’s sits alongside the volume rocker and power button on the right edge of the phone. The power button is designed to sit snugly under your thumb, to let you easily put the phone into standby.

The three soft nav keys below the screen are also a Windows requirement and light up when required.

There’s no polite way of putting this. The Nokia Lumia 820 is no super-skinny smartphone. It tips the scales at 170g which, should you have handled either the iPhone 4 (137g) or iPhone 5 (112g) you’ll certainly notice the difference. But the Nokia Lumia 820 has its reasons for this.

Those colourful, removable covers are both solid and scratchproof. Not only that, the case houses tech for wireless charging via the optional charging plate, mat or JBL speakers.

I do like the rounded edges and the overall feel of the 820 but I can see how some might not want the little bit of extra weight. 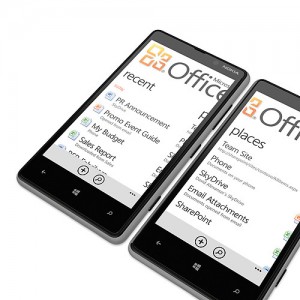 As mentioned before, the Lumia 820 is equipped with a MicroSD card slot, the first time Nokia has used the storage format with the Windows OS.. If you were turning your nose up at the in-built 8GB storage then at least you know that’s just the starting point.

With the 820 you are also bestowed with 4G connectivity and NFC as standard, along with a 4.3-inch screen and handy brilliant extras like Nokia Drive and Nokia Music apps. The on-board speaker on the Lumia 820 is really good and loud.

All the most popular email clients are supported without need for additional apps too, including Google Mail, Yahoo and – obviously – Microsoft-owned Outlook/Hotmail.

Not all the Nokia Lumia 820’s software best bits come from Microsoft, though. Perhaps the single best suite of apps comes from Nokia, in the form of Nokia Maps and Nokia Drive.

I love that Nokia Maps lets you download the maps of whole countries for use offline, making it just about the best free holiday navigation tool you can get. 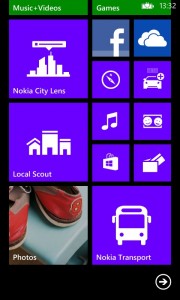 Nokia Drive is Maps’s in-car brother and I reckon it’s just about good enough to stop those who don’t have a dedicated SatNav from buying one.

I am also digging Nokia City Lens. This is an augmented reality app which reveals the area’s shops, restaurants and businesses. You can then read reviews. Book a table. And find your quickest route.

Microsoft’s key additional app is Microsoft Office, the mobile version of the desktop software that is hard to avoid if you work an office-based day job. Windows Phone 8’s mobile take on Office is streamlined, rather than feature-packed. It lets you create Excel and Word files, or edit existing documents, including Powerpoint presentations. As you can imagine on a Windows Phone phone, Office integration is seamless and would make the 820 a good choice for enterprise users. 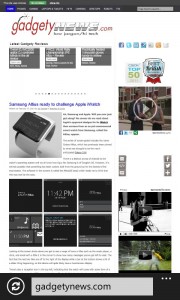 The 4.3-inch screen is a decent size but the pixels per inch resolution is fairly low at today’s expected standards at 217 ppi, the less expensive iPhone 4 has bragging rights to 329 ppi. The Samsung Galaxy S II has the same resolution screen as the Nok, and it’s almost 2 years old – and that’s a lot in gadget years.

Thankfully, Windows Phone 8 and pictures on the Lumia look sharp thanks to Nokia’s own image wizardry. I also found that web browsing was pretty slick and clear too.

Contrast is flawless, with the perfect black levels you’d expect from an OLED display, and the polariser layer that’s part of the Nokia ClearBlack screen initiative keeps screen reflections at a minimum. Top brightness is excellent too, so you should have no trouble using the phone outdoors.

The dual-core Snapdragon processor keeps Windows 8 ticking over at a decent speed and flicking through the live tiles and menus is an experience as smooth as a very smooth thing. Games such as Dredd vs. Zombies and Red Bull Kart Fighter load up quickly and I’ve yet to discover any reportable lag when jumping from app to app. The 8 megapixel camera produces clean, sharp results as to be expected from a Nokia featuring Carl Zeiss optics and the image capturing is as fast as any other smartphone I’ve tested. 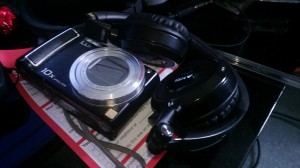 The camera user interface now features Bing Vision, Microsoft’s own QR reader and Smart Shoot. Clear notifications for when you have the flash on or off have been found to be too intrusive by some, but I think they’re fine.

Web browsing is fast and Bing on mobile works really well – it’s fast and reliable, even image-heavy sites such as GadgetyNews loaded up fairly quickly.

The 1650mAH battery performs respectably and is another factor to the Nokia Lumia 820’s weight. The battery lasted the usual day with my typical use of email, Facebook, Twitter, etc. Unlike most top tier smartphones, however, the battery is replaceable, which is great news for power users.

If you look at the Nokia Lumia 820, not as the lesser of Nokia’s Windows Phone 8 offerings but as a viable proposition then you might find the weight an issue – The HTC 8X manages 130g with its 4.3-inch screened WinPho8 smartie.

The Lumia 820 does pack 4G and MicroSD storage as well as wireless charging, not forgetting Nokia’s reputation for imaging smarts and build quality. If it was my own money I would defintely check out the 4-inch screened, 113g HTC 8S first or, perhaps, consider the extra money for the Lumia 920 or HTC 8X.

That said, I think that the Nokia Lumia 820 is a device that deserves to exist based on its own merits, not just because it’s a cheaper version of the flagship. I could easily see it becoming standard issue in a lot of businesses.

You can get the Nokia Lumia 820 from £33 on pay monthly deals from Vodafone.