Nokia Lumia 800 too Expensive – The Reason Why O2 isn’t Stocking it? 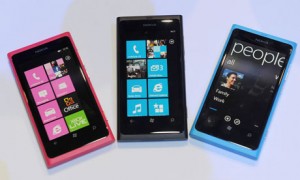 Nokia obviously has been watching the iPhone 4S flying off shelves at premium price points and thought that their new Windows Phone 7 Mango handset was worthy of similar treatment – O2, for one, disagrees it seems.

Is the Nokia Lumia 800 overpriced? Well, according to Simon Lee-Smith, European General Manager for Devices at Telefonica, certainly thinks so.

The head honcho of O2’s parent company reckons that the Finnish phone cobbler really ought to drop the price of their handsets if they want to shift considerable amounts of their product. Lee-Smith states that Nokia’s high-end devices are “not yet at the right price point” and that they need to “bring out devices which are cost-competitive”.

The good news for punters feeling the pinch of the crunch is that Nokia is “beginning to listen,” and that next year would see “more commercially effective” devices. January sales for the win! 😛

Lee-Smith is on a crusade and hasn’t just got Nokia in his sights – “All device manufacturers seem to think that a 400 euro-plus device is the norm,” adding “Well, it isn’t. Customers and operators won’t pay that cost for a device which doesn’t differentiate sufficiently”. Well said Simon! 🙂

He also seemed a bit skeptical regarding Nok’s cheaper devices aimed at the developing world, saying: “I hope they’re successful with that… They need to be able to subsidise their high end smart phones, because they’re too expensive.”

Good this be the reason why you are unable to purchase a Nokia Lumia 800 from O2 then?

Do you think that we’re getting value for money considering all the things we now expect our pocket-friendly convergence devices (they’re no longer simply phones are they?) to do or is £500 on PAYG/SIM free way too much? Let me know below 🙂