Nokia Lumia 900 Coming to the UK 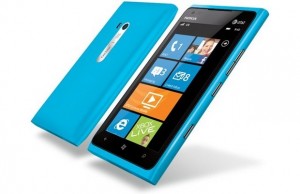 Nokia has announced that their Lumia 900 is coming to the UK!

The Lumia 900 has been living it up stateside for a while now enjoying their LTE network. Nokia has just made it known that the 900 will be coming over places such as our little island which lacks 4G.

The Nokia Lumia 900 that we’ll get is a ‘DC-HSPA’ variant which means that it’ll run smoothly on our creaky old 3G network.

The Nok Windows Phone has a 4.3-inch ClearBlack AMOLED display with a 1.4GHz processor under the hood.

As well as the 1.4GHz engine it shares the 8-megapixel camera with the Lumia 800 but the 900 has a 1MP snapper up front.

Apart from screen sizes, the Nokia Lumia 900 and 800 are pretty darned similar.

There’s nothing much more for me to add as the specifications and even a video of the phone have been leaked previously.

I guess that Nokia is making sure that they have a smartphone for everyone. Still, the US have a new Entertainment Bundle of the Lumia 800.