Nokia looking to ban HTC One in UK 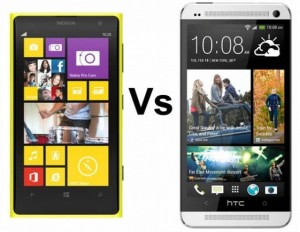 HTC could well be in hot water now that Nokia won a major victory over its smartphone rival in the British courts.

Nokia is looking to get the marvellous HTC One banned in the UK after Mr Justice Arnold of the High Court ruled that HTC phones infringe Nokia’s EP 0 998 024 patent.

The Nok patent entitled ‘Modulator Structure for a Transmitter and a Mobile Station’ is related to the kit in phones that transmits data.

HTC states that the contentious modulator technology is part of the Qualcomm chips in the HTC One and others, and as such is covered by a deal between Qualcomm and Nokia in the US.

Unfortunately for HTC it looks like Justice Arnold doesn’t see it that way.

“Nokia is pleased that the UK High Court has today confirmed the validity of Nokia’s patent EP 0 998 024 and ruled that a number of HTC products, including the HTC One, infringe this patent,” a spokesperson for Nokia said in a statement. “Nokia will now seek an injunction against the import and sale of infringing HTC products in the UK as well as financial compensation.”

I am assuming that a full-on sales ban would be unlikely, as Nokia would probably rather pocket the cash from each HTC One phone sold in a deal rather than just prevent any One’s being sold.

Nokia has previously gone after BlackBerry and Apple over patent infringement, earning substantial pay-offs from both companies.

The legal spat continues around the world, Nokia pointing to similar cases in Germany, Italy, Japan and the US. American and German courts have already ruled HTC infringes three other Nokia patents, out of 50 patents disputed between the two companies in various countries.

The worrying thing is that this latest legal showdown will hurt the Taiwanese company even more since it’s already battling against poor sales and an exodus of management talent.

Is this also going to affect the talks between Nokia owners, Microsoft, and HTC regarding a Windows version of the HTC One?