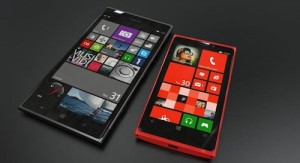 It appears that someone at Nokia got a little too excited with the publish button ahead of Nokia World and prematurely leaked the Nokia Lumia 1520 details.

With Windows Phone 8 now geared up for larger displays thanks to the latest update, you can expect to start seeing a raft of WinPho8 phablets – not unlike the much-rumored Lumia 1520, which Nokia has now leaked details of.

The company posted details of its first larger Windows phone on its official Chinese Tmall store. There are no images, but the page does offer up a few tasty tidbits of information.

For instance, we get confirmation of the rumoured quad-core Qualcomm Snapdragon 800 processor and 20MP PureView camera and 6-inch 1080p display. The store claims it would weigh in at somewhere around 4999 Yuan (around £510, $820, AU$850) although the actual international prices will probably be different.

The leak could be a genuine mistake ahead of Nokia World or it could just be a tactical buzz-starter – either way, expect official notices soon.