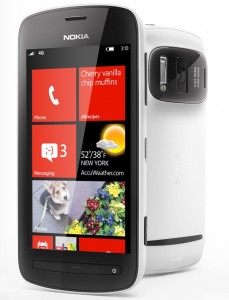 There has been much speculation as to whether Nokia will release a PureView-packing Windows Phone 8 smartphone complete with that pixel-pumping 41MP camera from the Nokia 808 PureView. Well, here’s the latest scoop.

Word is that the new device, allegedly named the EOS and not a Lumia-branded phone, is most definitely on the way, sources “close to the Finnish handset maker” have revealed.

Whispers on the web suggests that the new device will be available in the US sometime in the summer. No word on a UK release date but you can bet your bottom dollar that Nokia will release the EOS here around the same time for obvious reasons.

Let’s face it, the PureView snapper on the 808 was fantastic on a Symbian smartphone – imagine it paired with the new Windows mobile OS.

Would you be up for a Windows 8-powered phone with a compact camera taunting snapper?