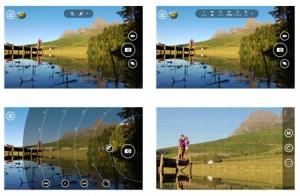 If you’ve been jealously watching Nokia PureView owners download the Nokia Camera app well, the day has arrived for the rest of the Nokia family to get in on the action.

The Nokia Camera app combines some of the features of its Pro Camera and Smart Camera apps and has been available to download from the Windows Phone Store since October – but only for those elitist higher-end PureView handsets. I’m looking at you Lumia 920, Lumia 925, Lumia 928 and Lumia 1020.

The good news is that, with its latest beta release, the app will officially play nice with all Windows Phone 8 Lumia handsets.

Announced at Nokia World 2013, the app serves up faster access to sport or night mode, as well as a full manual mode for more precise control over shutter speed, ISO, white balance and more. It also includes Nokia’s Smart camera mode which allows users to take a sequence of photos that can be altered afterwards so you get the best snap.