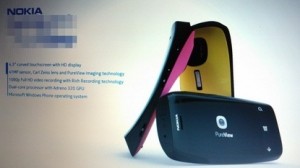 If you have recently read my hands-on review of the Nokia 808 PureView and was rightly wowed by the magnificent camera on-board the cameraphone which tries so hard to be a smartphone – then how about that 41MP sensor on a Lumia? It looks like that might happen fairly soon.

Nokia’s vice president of worldwide developer relations, Richard Kerris, has mentioned that the excellent PureView camera will be coming to the Lumia line “very soon”.

There is no doubt that the camera and associated tech on the Nokia 808 PureView is the best out there. I am also sure that it will be a while before any other mobile phones are packing such an imaging package. The thing is that the phone falls foul of some Symbian foibles.

If the PureView was slipped in to a Windows Phone-packing Lumia like this, then I could see plenty many takers.

Unfortunately, no one is saying when this will happen and to which models.