No Wii ads this Christmas 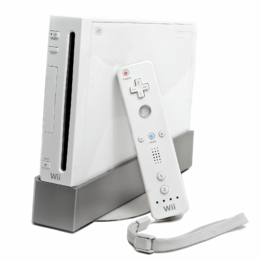 This has got be a first. A bit of tech that’s loved by many is not going to get the full Christmas Marketing Drive that is obviously expected. Nintendo has been forced to pull ads for its Wii because demand is already too high. All the space that Nintendo has bought for the Wii will instead be taken by their handheld DS.

A Nintendo spokesman is reported to have said: “We have been running the campaign all year round, but we want to take a responsible stance this Christmas and not fuel demand.”

According to Nintendo production has been stepped up to 1.8 million units a monthand has still not been able to meet the demand.

“Nintendo Wii” was the most searched for product by UK internet shoppers during November, according to data from internet research firm Hitwise.

There were thirteen as many UK internet searches for “nintendo wii” as there were for “apple ipod” and over twice as many searches for “wii” as for both “ipod” and “iphone”, reports NetImperative.