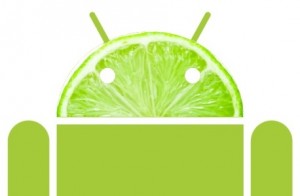 Hints from the new Android boss are pointing towards a distinct lack of a new operating system or the much anticipated follow-on from the popular Nexus 7 tablet.

Android Key Lime Pie could be missing from the menu at Google’s upcoming I/O conference and the new gaffer, Sundar Pichai, has pretty much said that we won’t see any new Nexus hardware neither.

Google has traditionally used its annual developer bash, which kicks off in the US on Wednesday, to showcase its latest hardware and software, teasing the onlookers with must-have apps and gadgety goodness.

By the sounds of things, this is not to be as, in an interview with Wired, the newly appointed Android boss, Sundar Pichai, is quoted as saying, “It’s not a time when we have much in the way of launches of new products or a new operating system.” Drat! To me that does indeed sound like there’s little hope of a new tablet, or a significant step forward for Android.

Pichai continued, “Both on Android and Chrome, we’re going to focus this I/O on all of the kinds of things we’re doing for developers, so that they can write better things”. Pichai goes on to say that they hope to show “how Google services are doing amazing things on top of these two platforms.”

Could he just be sending us a curve ball? Who else here thinks that Google could have a few surprises up its sleeves?

Is it going to be a Glass-fest or will the big G be unveiling its Apple Game Centre competitor as splashed across the interweb earlier today?