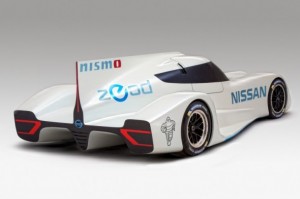 It seems not long ago when the average pedestrian with a limp could overtake a battery-powered vehicle. Let’s face it, electric vehicles (EVs) was just a fancy name for Milk Float. Now, Nissan is looking to challenge in Le Mans with their ZEOD RC!

Nissan’s ZEOD RC is considered to be the world’s fastest in its segment of electric cars.

The name, as you probably already thought, is based on the acronym for Zero Emission On Demand Racing Car (ZEOD RC) – not as slick as the car looks, but hey, who cares, right?

The ZEOD RC is a not-so distant cousin to the gas-powered DeltaWing. 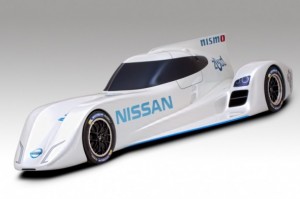 Unlike the DeltaWing and the rest in that camp, the ZEOD RC ditches the 1.6 litre gas-guzzler and turbo in favour of an electric-only power-source similar to that used in the Leaf.

Now, the Leaf Nismo RC might kick out 107 hp and touch 93 mph but that’s not going to win Le Mans, so Nissan have been tweaking the machine to the tune of creating an engine that achieves a top speed of 186 mph for the ZEOD. 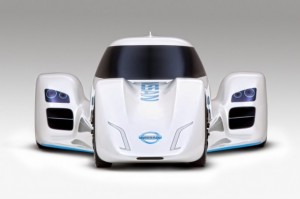 The power is coupled with the obviously striking aerodynamics and very lightweight construction which could prove troublesome for the more ‘conventional racers on the track.

The company reports the ZEOD RC will test out various electric drivetrain options prior to its race in 2014.

The complete ZEOD RC Le Mans unveiling can be seen in the Nismo TV video below.