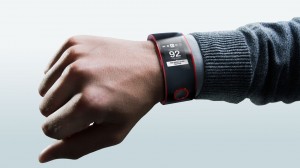 s seem to be the time of the smartwatch. There’s consumer electronics companies, chipmakers, and even car manufacturers at it… Errr…what?

Who’d have thought that, along with Google, Samsung, Microsoft, Apple and Qualcomm, the name of Nissan would be uttered with reference to wearable tech?

I’m glad as I have a passion for watches (admittedly analogue automatics), cars and tech – so this may be a way of getting all three at once!

Nissan’s claim is that their’s will be the first smart watch to connect the car and driver.

Nissan will be showing off the device, dubbed the Nissan Nismo Watch, at the Frankfurt Motor Show and will be Nissan’s first entry into the world of wrist-based gadgetry.

Right now, the target of the Nismo Watch are drivers of Nissan Nismo cars – Nismo being Nissan’s motorsport and performance division. Nismo is responsible for supercars, race cars and very cool and tricked-out performance kits for everything from supercars to MPVs such as the S-Tune Elgrand.

I have to admit, it is a handsome thing.

Here are some of the things the Nismo Watch can do:

The Nismo Watch is an extension of Nissan’s Nismo Lab, which launched earlier this year. The Nismo Lab is a mobile laboratory that captures live biometric and telematics data from Nismo athletes during races. With the Nismo Watch, Nissan hopes to make this sort of data available to the the drivers.

The Nismo Watch comes in black, white and black and red and it was designed to look like the Nismo ring. The watch is controlled with two buttons and should get over seven days of battery life with normal usage.

Niche? Perhaps, but I think you’ll probably agree that it is pretty cool.