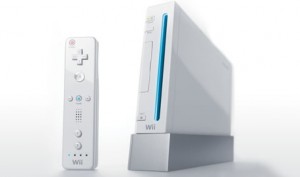 Nintendo has just trademarked the title â€œZiiâ€ in Japan which is to be used for computer games and electronic devices, according to the paperwork released today.

So, what could the Nintendo bring?

Some are assuming that it will be the Hi-def packing successor to the Wii but it could also be a multitouch handheld as there has been some chat regarding an Nvidia graphics packing Nintendo DS2. I bet Sony’s PSPgo is feeling a tad nervous.

Most are agreed that it will probably include or even just be a Blue-ray addition, like the much-hyped Microsoft version, giving the Wii a much-needed movie based boost and convincing punters to jump on the HD bandwagon.

Endadget does mention that this filing may be a renewal of a trademark request from 2006. The company also trademarked “Cii,” “Bii,” “Oii,”and “Yii”; could we see a Pii to replace the Wii?

So what do you think?

Is the Zii a peripheral, new console, a new handheld or software – or is this just grabbing words ending in ii?