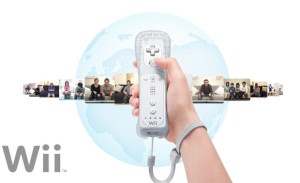 At the moment it seems that Nintendo’s Wii can do no wrong.

What could possibly be the next step for it?

Well, if you remember, Japanese Wii owners are already getting the food delivery service – but they also seem to be getting a full-blown television channel, delivered to the Wii via the interweb in Spring.

Called Wiinoma, The Times reports that Nintendo is planning to use the on-demand channel to deliver mostly free and original programming, produced exclusively for the service.

Brain-training quizzes, original cartoons, educational shows, even cookery and lifestyle programming, are all reported to be on the agenda.

It’s definitely a step up from the current on-demand content such as game info, weather and news.

The new channel would offer full shows and not just clips and trailers, adding to the other content available to the Wii from BBC’s iPlayer service.

The stumbling block could be the lack of hard-drive.

The likes of the Xbox 360 and PlayStation 3 both have internal hard disks to store downloaded content and the Wii doesn’t.

This means that the content would have to be streamed to the console unless the Wii hard drive becomes more than a rumour this time around.

As this service is only being released in Japan at the moment I’m guessing that if it takes off it would be spread throughout the globe – possibly hitting these shores late in the year.

But with that comes a number of other issues.

All that content would have to be remade in English and other languages and also the regional channels would have to get advertisers in that area.

Personally I vote for dubbed Japanese content!Â  I very much doubt that UK made content would be so crazy and entertaining 😉