Nintendo Wii 2 will be HD not 3D – Official Announcement 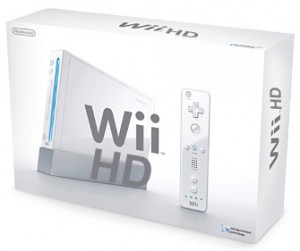 Anyone thinking that Nintendo might bring its 3D smarts to its next generation of Wii consoles may be a little disappointed.

The news comes straight from Nintendo America chief, Reggie Fils-Aime, who let slip some rather tasty tidbits about Wii 2 or Wii II if you’d prefer.

Contrary to early reports, it appears that the Nintendo 3DS has, in fact, been rocking the tills with impressive sales.

After some unit moving eulogies Fils-Aime was asked about Nintendo’s console plans – more importantly, whether these plans included anything including an extra dimension.

“We’ve not said publicly what the next thing for us will be in the home console space, but based on what we’ve learned on 3D, likely, that won’t be it.”

Fils-Aime went on to say that glasses-free 3D was a â€œbig dealâ€ for Ninty. The thing is, Samsung recently came up to claim that glasses-free 3D telly tech is around 10 years away from being perfected with the first Toshiba glasses-free 3D goggleboxes not out until the end of 2011 – it appears that the route Nintendo will be taking for their Wii 2 will most likely be the Wii HD path.