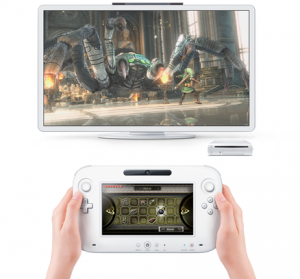 Nintendo has sold 40,000 Wii U consoles in its opening weekend in the UK, according to reports after its launch on Friday, November 30th.

News is circulating the interweblogosphere that the initial sales figures for Nintendo’s latest generation of console, the Wii U, will effectively mean that the new Wii has completely sold out on the high street in just 48 hours.

Trying to put that in to comparison with the likes of the PlayStation 3 when it launched in 2007 over the same period may take some shine off of that acheievent as Sony shifted 160,000 – but then, there was a greater level of stock supplied by Sony with 220,000 units available, and it is believed that Nintendo would have sold much higher quantities itself had more consoles been shipped.

If you have a Nintendo Wii U on your Christmas list don’t worry. Nintendo will be releasing more units to the high street before then, but you may have to wait until the new year before larger quantities hit the shelves.

When the original Wii was released Nintendo actually had to pull its advertising campaign as demand was already too high for production to keep up with.

Games industry trade magazine MCV also saids that the software attachment rate for the first 48 hours has been 2:1. That means two games have been sold for every console bought. These figures do not include digital downloads, available through Nintendo’s online store.