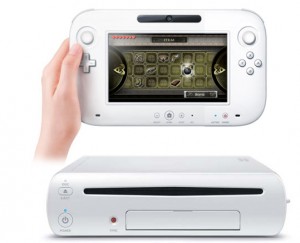 The latest word about Nintendo’s new gamer, the Nintendo Wii U, is that we can expect the tablet-controlled console to land in good time for Christmas 2012

Nintendo took the wrappers of their Wii U at E3 last year and now new reports have suggested that the Japanese gaming giant will launch the eagerly awaited Nintendo Wii U on November 18th.

An obvious move to cash in on the lucrative Christmas shopping rush, the latest claimed Wii U release fits with the company’s announcement earlier in the year that the next-generation console would hit Europe, Japan and the USA by the end of this year.

The November release was apparently leaked courtesy of an internal memo from Japanese gaming retailer Media Land. The note states that the Wii replacing console will hit the US on November 18th, one week ahead of launch in Nintendo’s home country.

The Sunday in November fits perfectly with the Wii’s release back in 2006 when it appeared in stores on Sunday November 19th.

“Wii U will launch some time between E3 – which is in June – at the end of the year so essentially the second half of the year,” Nintendo’s US head, Reggie Fils-Aime, broadly stated recently.

The Wii U follows the same mindset as the original Wii in that the console is introducing a new way of controlling the gaming machine.

The Nintendo Wii U controller will be equipped with an inbuilt 6.2-inch touchscreen which can be used to either display HUD info, for mini-games using the motion control (spinning it round you to aim in shooting games, for example), or simply to mirror what’s happening onscreen in real time just in case you need to take your game in to the kitchen or whatever. The Xbox 720 is also rumoured to be getting a tablet controller.

You still get a full array of regular controls: a duo of thumbsticks, four action buttons and four rear triggers.

That’s not to say that the Wii U hasn’t been given a jolt in the performance area.

Ninte’s next-gen player gets full 1080p HD gaming and internal flash memory which is upgradable via SD or USB.

Games will land via an online download store but will also be backwards compatible with both Wii games and controllers. Something the new PlayStation Orbis (or whatever it’ll be called) should take note of 😉