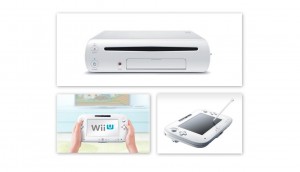 The next-generation Nintendo gaming console, Wii U, is set to up the ante once more. Good ol’ Nintendo President, Reggie Fils-Aime, has been chatting to Forbes and has revealed more about the system – release date, 3D, film streaming and much more.

Now, you could go over to the Forbes site and read the entire interview but I am here to save you that chore, Gadgety faithful.

I reckon you are only interested in the facts: the where and whens, the cans and can’ts.

It’ll integrate with the 3DS but not 3D

Nintendo can see the opportunity for cross-platform playing and reckons that Smash Brothers could be one of the pioneers to work across both. Don’t get your hopes up for multi-dimensional gaming however. The reason the 3DS works so well is because of the lack of glasses, but Fils-Aime sees that as a way off for console gaming. “In our view, what’s key to the 3D experience is that there be nothing between you and the machine. So for us, 3D gaming without glasses is a key part of the proposition. Right now the TV’s that offer that… I would argue they’re overpriced.. and a fairly small screen. There may come a time when 3D without glasses becomes appropriate for console, but we don’t see that in the near future.”

Streaming movies from the console to the controller

This could well be in the pipe-line. Even though RF-A didn’t actually say that this would happen when he was questioned whether the Wii U could stream Netflix to watch on the control, he answered: “theoretically, it’s possible.”

Nintendo is focusing on being online and in being open

Fils-Aime admits that Nintendo needs to do more online with the Wii – especially if they are to compete with the likes of Xbox Live. “We’ve seen what our competitors have done, and we’ve acknowledged that we need to do more online, starting with the launch of our eShop on Nintendo 3DS, and we’re going to continue to build our online capability. For Wii U, we’re going to take that one step further, and what we’re doing is creating a much more flexible system that will allow the best approaches by independent publishers to come to bear. So instead of a situation where a publisher has their own network and wants that to be the predominant platform, and having arguments with platform holders, we’re going to welcome that. We’re going to welcome that from the best and the brightest of the third party publishers.” Just be careful with your security eh Reggie 😉

Two Wii’s at Once

Reggie did say that both consoles will survive side by side for a certain length of time but, as the Wii U is backwards compatible it will obviously become the standalone system.

When will the Wii U Launch?

Nintendo seems to favour Spring for its launches. The traditional time for fresh starts, fertility and fruitfulness. The 3DS launched on March 25th this year and Fils-Aime stated that “It will launch after April 1st 2012”.

Has this increased your excitement over the new Nintendo Wii U? Are you clammering to get your hands on that tablet controller?