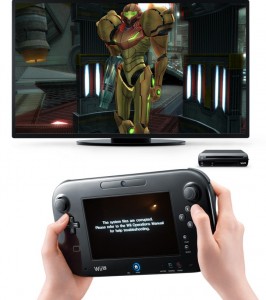 If you are looking forward to upgrading from the Nintendo Wii to the Wii U and so breathing new life in to your current games via the swish-looking GamePad – then I have bad news.

Nintendo had been great at innovating the way you interact with the games thanks to its original approach to gaming controllers – and the Wii U is no exception, with its tablet-like GamePad.

The GamePad even lets you play your console games on the controller itself, letting others watch the TV in peace. Handy with the post-dinner Christmas films.

The thing is, when it comes to original Wii games, that particular joy of playing your classics on the GamePad, won’t be possible.

The Wii U is backwards compatible with Wii games, but only when played on your big screen. Not only that, you won’t even be able to play that TV-based Wii game with the GamePad as a controller, you’ll need the original Wii Nunchuck and WiiMote.

Will you now be scribbling a question mark next to the Nintendo Wii U on your Christmas list or did you kinda expect that your orignal Wii games wouldn’t work on the GamePad?