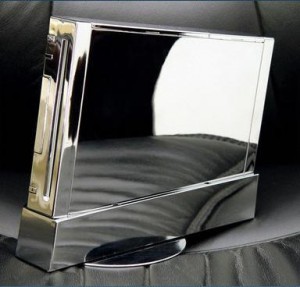 This could be another reason to think that Nintendo may unveil their plans for a WiiII at CES in January.

They say that the sales figures are half what they were in the run-up to last Christmas, and only 16 per cent of people searching the site for discounts on games consoles are looking for money off a Wii. Wii games make up less than a fifth of the searches for software titles.

But then there are now more consoles to chose from if you’re looking for arm swinging, body motion controlled gaming compared to when the Wii had the motion monopoly – so, it seems that the gate-crashers of Xbox 360 Kinect and Sony’s Move have made a sizable dent in Ninte sales. To be honest, the latter consoles graphics, catalogue and new controllers are an attractive proposition for folk with the space to leap around whilst facing their telly.

We’ve all moved on since the Wii appeared in 2006 and MyVoucherCodes reckons that the Xbox 360 makes up nearly half of searches, with the PS3 taking another third of queries.

So Nintendo – are you going to throw in the towel or come out fighting with Wii2: The Revenge?