Nintendo Wii Gets Price Cut Ahead of New Version – Wiiii? 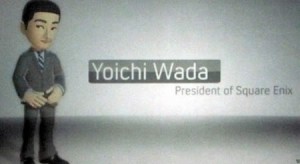 Whilst the news of a Wii price cut was still warm in our ears it seems that Nintendo has something else up their collective sleeve.

According to Yoichi Wada, head honcho over at Square Enix, Nintendo will be rolling out the successor to the Wii by the year 2011.

And what sort of features will the new beast be blessed with? Well……..to be honest it sounds like they’ll be the ones that are already available in PS3 and Xbox 360 along with a new controller.

The software house Chief Exec also stated: “Present game machines already have a lot of functions: they are a network terminal, a Blu-ray or DVD player, and a gaming machine” he said. “Compared to these three pillars, the [new motion] controllers are quite limited, so the impact may be small.”

If you were concerned – don’t be.