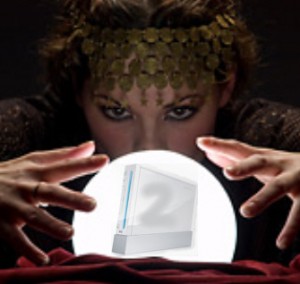 Shigeru Miyamoto, the dude responsible for game greats Mario and Donkey Kong says that the Nintendo Wii 2 will be smaller and cheaper – who am I to argue with that?

He also says that the console will move into â€œother aspects of daily lifeâ€ – so do we take it that Nintendo will be branching out into more generalised home entertainment just like the Sony and Microsoft consoles are doing?

Miyamoto has plenty of Ninty insider info and when he says that â€œWhile we donâ€™t have any concrete plans for what weâ€™ll be doing with hardware in the futureâ€¦ I think it would be likely that we would try to make that same functionality perhaps more compact and perhaps even more cost-efficientâ€ you just know he speaks with authority.

The present Wii is pretty pocket friendly but if Nintendo is to bust out a Wii2 with HD and more online functionality and remain cheaper than the Wii’s original RRP it may take some juggling.

Chances are it will be able to hold its head up with the Xbox and PS3 and perhaps get a little more cred from the hardcore gamers that still see the Wii as a kid/family friendly console rather than a serious bit of kit.

This is also backed up by Miyamoto that states that the Wii 2 will be more than just a â€œtoyâ€. â€œWeâ€™re gradually seeing video games moving beyond simply entertainment into other aspects of everyday life,â€ he said.