Nintendo of America Asks: Who is Sony’s PSP Go For? 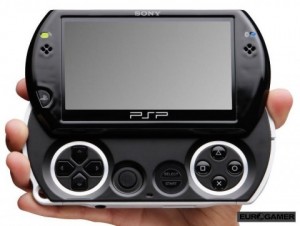 The Christmas battle has commenced and Nintendo gaffer, Reggie Filsâ€“Aime, has thrown of his gloves and slapped the Sony PSPgo firmly across the chops.

Reggie is known for telling it like he sees it – while he was having a go at the go he also took a quick swipe at the iPod Touch.

The PSPgo has been in the news, mainly regarding its price but Nintendo of Americaâ€™s Reggie Fils-Aime has put his cards on the table when chatting with The Washington Post about the PSPgo.

Mr fils-Aime said, â€œI have the utmost respect for all our competitors, but itâ€™s interesting to try and answer the consumer question of â€˜Whatâ€™s in it for me?â€™ in that product.â€

and then went on to say that the PSPgo had a, â€œfundamental concept problem in terms of â€˜Whoâ€™s it for?â€™ and â€˜Whatâ€™s the benefit?’â€

He was then on a roll and got the iPod Touch in his sights.

Saying the he sees that the iPod touch continues to grow as a gaming platform but the Nintendo DS offered an experience that couldnâ€™t be matched by Appleâ€™s efforts.

Speaking of titles including Mario Kart and Scribblenauts, he said, â€œAll of these experiences are very unique and very different and what you cannot find on their App Store.â€

So – which do you favour and why?